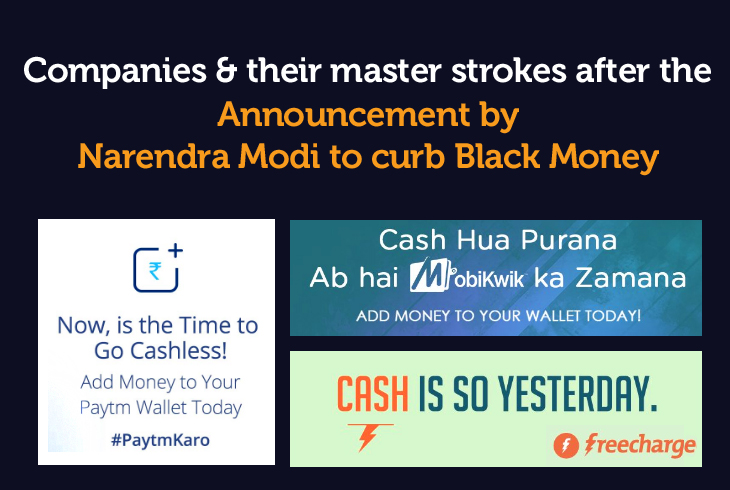 While half of the country is still counting the notes & the other half is busy tweeting jokes, some companies were quick enough to hail Narendra Modi’s ban on Rs. 500 & Rs. 1000 notes. The step is lauded by all to fight against Corruption and Black Money in the country.

As soon as the news came out, social media was flooded with tweets, jokes and support for the move that came as a shocker to many. And joining the bandwagon, were some companies that came up with exciting offers and schemes to lure and relieve customers for making payments.

Here is a look at the companies that were quick enough to take up the digital payment world by storm with their offers.

Paytm is banking upon its two magical words “Paytm Karo”.

Mobikwik is urging people to go cashless & use Mobikwik for making payments.

Freecharge is following the strategy of “Cash is so yesterday”.

Ola is playing its card well with “We will double your money” strategy.

And amidst making payments; Social Offline is telling people to go out and have some shots”.

Such is the power of Digital world!