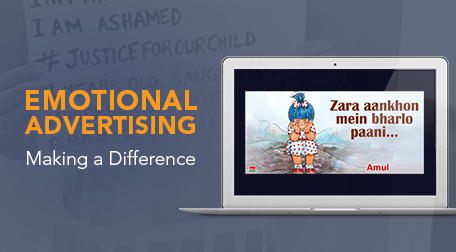 Be it a heinous crime or a positive development, Social Media has played an important role in voicing out the opinion of a common man. In no time the social media channels are buzzed with comments, reactions and news articles portraying the emotions of people over an incident. Furthermore, brands and celebrities are also seen sharing their opinions and comments on various heart-touching subjects. When something like this happens and the whole nation comes together on Social Media to fight for justice, things become more serious. The perfect example of this is the case of recent crimes against women, which has bought the nation together. Seeing all the news about increasing crime cases against women it seems to be the end of humanity.

When a girl or a woman cries the whole nation cries with her. She is the strength and respect of a country. So, when a crime happens against her it becomes the responsibility of brands on Social Media to voice out and support it in the right way.

There is one brand always on point and does the emotional advertising the right way & it is Amul. Time and again, Amul has sent a message through its creatives and writing. Once again, the brand has highlighted the importance of Social Media as a powerful tool in voicing an opinion with a strong message. The ad is showing that the Amul girl is crying and the text is “Zara aankhon mein bhar lo paani”…   The message and creative showcase is so powerful that it directly touches the heart and urges toward taking a step.

Not only this, there are many other actions that are taken on the Social Media in the light of recent events.

However, it is necessary to voice out your opinion on Social Media on any issue in a responsible way, be it a brand, an individual or a celebrity. So, let’s use Social Media wisely and use it to make a difference for humanity.