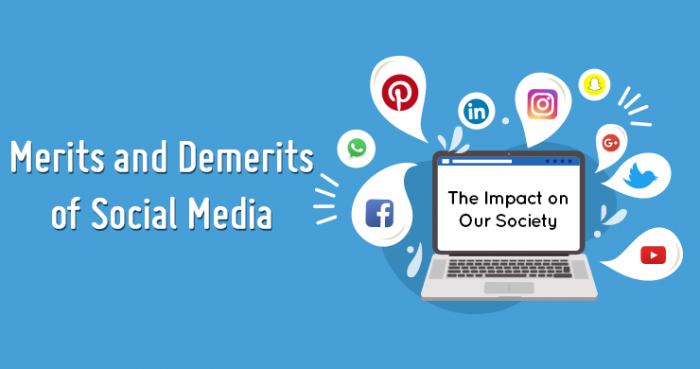 Facebook opened its shop in 2004 and it took merely 15 years for its user base to grow from 0 to 2.2 billion. Twitter came 2 years later and currently has over 330 million active accounts. The story of WhatsApp and Instagram is even more astounding as both came online nearly 5 years later than Facebook but quickly reached a total user tally of 1.5 billion and 1 billion respectively within a mere decade. Such is the popularity of social media that Statista estimates the global figure of social media users will cross 3.02 billion by 2020 and this number will only rise.

If the internet was a dish that was needed, social media quickly became its main ingredient. The top platforms gave people everything that humanity craved for and its popularity is obviously not surprising. But then again, just like any dish, it is only advantageous in limited amounts and overconsumption will naturally lead to a health disaster. Our modern society thus stands on this brink, where social media is causing both a good and bad impact, and it is left upon us to decide as to which direction we wish to sway.

But such a decision requires awareness and that is what this post is all about. Here, you have the opportunity to place social media under the scanner, view its impact from a societal level and make an informed decision as to how much power you wish to give to these platforms. Let’s start with the positives first, and make the negatives wait a bit.

The merits of social media

1. It has stayed true to its name – social

Human beings are social creatures. Irrespective of the physical boundaries or uncoverable distances, our species have always found a way to interact with each other. When social media brought us closer, simplified communication and eradicated the international boundaries, we naturally did not hesitate to give it a place in our lives. Social media has spread connectivity. We can constantly stay in touch, no matter our location, and effectively feed our social needs. No other way of interaction can come near to the benefits of social media on this ground.

Governments have been formed and toppled with the power of social media. Social issues come to the forefront more easily. No expression, no thought, goes unnoticed anymore and every individual now has the option to voice their opinion. Social media has successfully removed autocracy at every level and people have the power to make a change. Be it businesses or politicians, every figure of power now has to stay on guard as the so-called netizens have a new found freedom of expression.

3. Educational breach till the grassroots

The impact of social media is probably more profound in developing countries where the society struggles to spread literacy. With social media and its ease of access, that bottleneck has been finally cleared. Where there is no provision of books, the internet does the job and it is through social media that people can connect and spread knowledge. Video streaming and sharing have increased. Local languages are garnering popularity. The entire standard of the society has gradually increased in the past few years, all due to social media

4. Small businesses have a marketing platform

And how does this impact the society? Economy. Previously, all the advertising prowess rested with big brands with huge bank balances. Then, social media became widespread and free. Anyone, with a decent product, can use the outreach of social media to reach out to potential customers and make a sale, at times, trumping the products of the big companies. This has brought in more entrepreneurs in our society. The economy is flourishing. Standard of living has improved and social media has been the main curator throughout.

No one can put a figure to the number of people who have quit smoking after watching a post on social media. Or a driver who has vowed to drive safely after coming across an awareness campaign. Be it women empowerment or relief requests, the worldwide pride movement or environmental issues, social media is the platform to spread awareness and this trend continues to rise. People are more informed now. No one has to work hard to know something. Social media has made our lives better and improved the society as a whole.

This list can truly go on. Facebook, Twitter, WhatsApp or Instagram, they have indeed done more good to us than bad and the results are certainly obvious. But this cannot make us neglect the devils within and ignore what is wrong. Time to explore the other side of this coin.

The demerits of social media

1. Happiness index is at an all-time low

In fact, there is a term to describe this situation – social media induced depression. The platforms have been constantly causing a huge gap in our expectations. A morphed photograph or a momentary happy phase in someone’s life causes us to imagine a reality that does not exist. And when we go out there and face life, the expectational gap rises our levels of unhappiness. We want to live someone else’s life, follow an overhyped profession or lifestyle. All the while, we ignore our own reality and stay unhappy throughout.

The ease of sharing has boosted literacy, but it has also brought in the menace of fake news. People easily receive what is untrue, share it out of their developed habit, and lead to consequences that are truly unacceptable. Cases of mob lynching happen every day. Communal intolerance is also at its triggering point. Social media are also platforms where fake information spread like wildfire and poison our society. The sheer expanse of the social platforms makes it harder to monitor every activity and this devil continues to live among us.

Children and teenagers have taken their own lives after becoming victims of cyberbullying. Celebrities are constant targets of trolling which obviously make their lives miserable. Social media, along with outreach and connectivity, has also instigated our animal instinct of dominance over each other and the rate of these societal hazards has increased at an alarming rate. Fake accounts make easy victims out of children online. The craze for virality keeps trolling unchecked. The entire society is suffering with no one being spared.

Unfortunately, everything that we put up on the internet is never private, no matter what the social media platforms claim. It only takes an expert’s hand to hack into our accounts and extract everything about us. Information is the new currency and all our data are sold in the market. Based on our info, we are shown ads, businesses flourish, and the reality remains hidden. To understand this, just look back in history has to how many times have Facebook been hacked? The answers lie right there.

5. The value of relationships has decreased

Social media provides us with better connections. It is easier to find new people there and seek validation. In any relationship, a small glitch leads us to eliminate the person we have in real life and replace the relationship quickly over social media. Be it parental, platonic or romantic, the value of relationships is suffering in the modern world. We tend to run away from problems and social media is somehow providing that escape. Instead of working behind the relationship, people are unfortunately replacing it, which is bringing down their standard of living and the world around.

And can this list go on and on as well? Definitely. Technology is always an entire package. If we do not know how to separate out the cream, we will be engulfed in our own creation.

No one can make it for us. No one can tell us to completely stay off social media as it is just not possible. It is upon us on how we want to embrace it, maybe succumb to the demerits at times but quickly revert to the merits. Social media has the potential to change the world, make it a better place to live in. But only if we decide to use it responsibly.