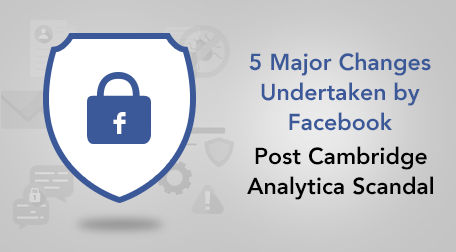 Facebook (FB) has promised to roll out numerous iterations since the debacle of Cambridge Analytica. It’s working on to improve the way it gathers and uses user’s information and it has also started forbidding applications to gain more control.
As you know information is the backbone of social media channels and this is what makes the Facebook successful. Most of the revenue generated by Facebook is through paid ads and information plays a vital role in running such ads.
With the fiasco, Facebook needs to upgrade how it handles information, and here are five major changes undertaken by Facebook.

1. Rolling out the information to those who got affected

Estimated 87 million people data has been revealed to the third parties and apps and the company has decided to inform those people as a corrective measure.

Facebook will roll out alerts to all the users whose data has been used by Cambridge Analytica. They will also update the Help Center page with a tool to check how their data has been misused.

Earlier, if you take any personality quiz on Facebook, such apps extract a lot of your personal information like email address, birth date, your likes, relationship status, friends list etc. but now as Mark Zuckerberg stated, “We’re reducing the data you give an app when you approve it to only your name, profile photo, and email address,”. Mostly these 2 details Name and Email Address are enough to identify the individual and Facebook is going to stick with these 3 points data verification.

The data access of these app has been limited on groups, events and pages as well. These apps cannot access group members, event attendance and page members as they used to do in the past.

3. Inactive apps will be cut off

If you are not using an app within 3 months of time, Facebook will cut off the data access by such apps. The inactive apps will no longer be able to use your data like in the past.
This is a big change in terms of security as earlier the dormant apps have access to your data throughout making your profile more susceptible to data theft.

4. Searching people on Facebook is no longer a cakewalk

Earlier it was easy to find people on Facebook through their email id and phone number. But with recent updates Facebook has disabled this feature as several data thieves target public profiles and try to extract vital information.

The apps which are used for tasks like scheduling posts and responding to messages and comments, will need Facebook’s approval to access data.
Such tools used to access variety of data earlier including political views, relationship status, work history, and others. But with the recent updates this vital information has been excluded from the apps’ database.
The apps using Facebook Login will also be automatically removed after three months of inactivity on the app.

Facebook founder and CEO Mark Zuckerberg promised an in-depth app audit and review of all the apps active on Facebook. After 2 months of thorough investigation Facebook has examined over thousands of apps, and 200 of which have been suspended after being found malicious.

While the investigation is still on, the social media channel has promised to invest a lot of money in checking these apps and providing a safe social environment. 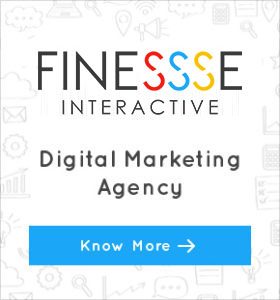