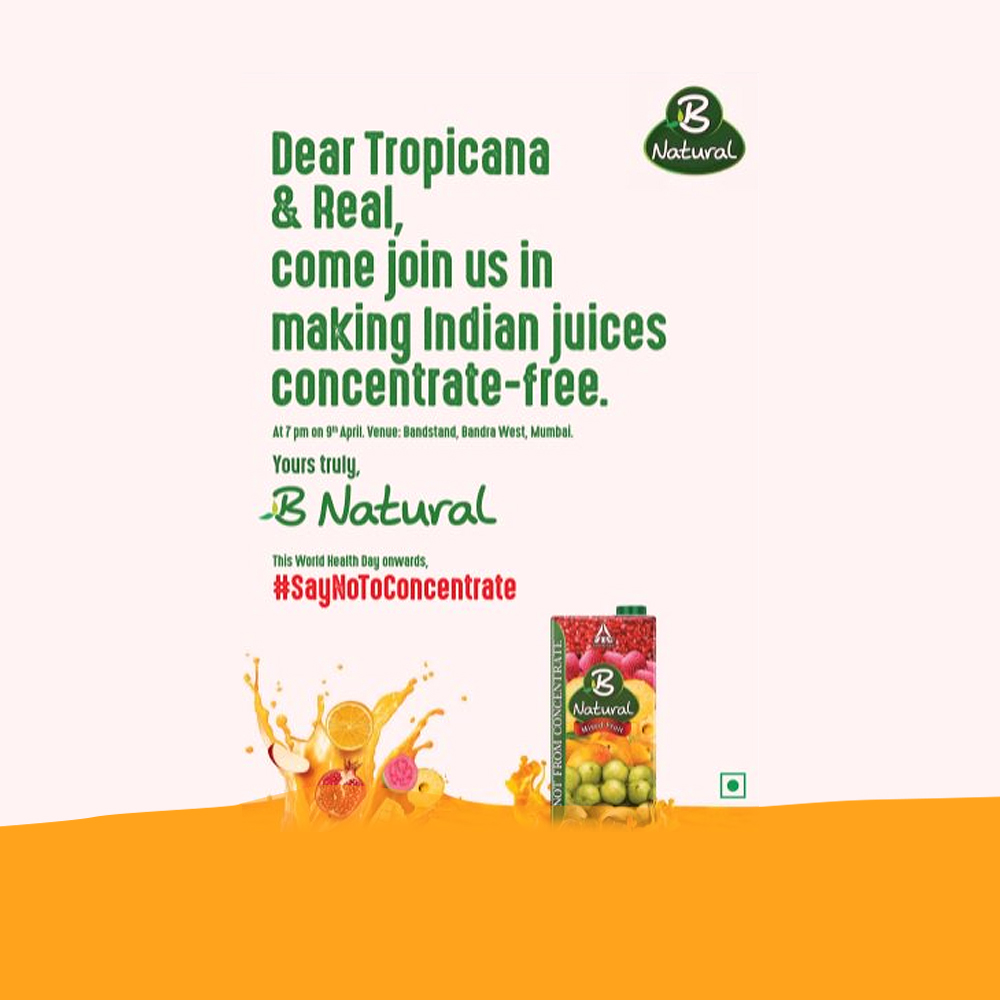 It’s not an everyday situation in India that the first page of a Daily Newspaper is featured with a Juice Brand, ‘B Naturals by ITC’ targeting two of its biggest competitors ‘Tropicana by ITC’ and ‘Real by Dabur’ directly asking them to join for a cause #SayNoToConcentrate. The ad was featured across the billboards and on social media platforms, creating quite a stir and buzz in the industry for a move and attack on the direct competitors by ITC. Talking about International brands there are many instances where brands have targeted their competitor directly and its ethical, but in Indian advertising industry it is a banned practice. The brilliant example of this is the legal action of the Delhi High Court on the campaign, which has asked the ITC to suspend its #SayNoToConcentrate campaign and remove all references to rival PepsiCo’s Tropicana brand.

In the era of digital marketing, how justified it is that brand does not have the right to target their competitor directly with better proposition of selling? If not now, then when?

If we look at the online market scenario, when you shop for a product by a brand, then you also get to see the other products featured by other brands. It is also directly targeting the competitors’ brands and featuring your brand and selling it as well. So, how it is ethical in the ecommerce stores online? It’s time to drop the old age marketing ethics and strategies and to be in line with the latest technologies and marketing strategies that will take India forward as an upscale market in the international world of advertising.

Another aspect of direct competition and targeting is consumer welfare. With the brands targeting directly their competitors and coming out with the features and benefits that is better than other and how, will only give consumers a better insight with which they can make a better choice for them and their family.

So, it’s time to cut off the age-old traditions and move on with the changing times and make ethical what’s banned. Tell us what you think in the comments below.